CBE International
Serving God by giftedness, not by gender

CBE International (Christians for Biblical Equality) advances the gospel by equipping Christians to use their God-given talents in leadership and service regardless of gender, ethnicity, or class. 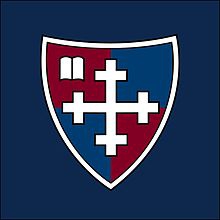 Gordon-Conwell is dedicated to providing a biblically grounded and culturally relevant theological education, whether you are able to attend a campus full-time, part-time or need your education delivered online.

To make more widely known and understood the Pilgrim principles and characteristics - their devotion to God and the Bible, to freedom and to tolerance, and their embodiment of courage, brotherhood, and individual moral character. We also seek to make better known the ideas and achievements of later generations of Americans who followed after the Pilgrims in both spirit and deed, forging our nation's Christian heritage.